Roseanne Sullivan over at Dappled Things has written a piece on the ghastly nativity scene at the Vatican, https://dappledthings.org/18296/if-2020-was-a-nativity-scene/ appropriately titled “If 2020 was a nativity scene”.  If you haven’t seen it, you might want to brace yourself: 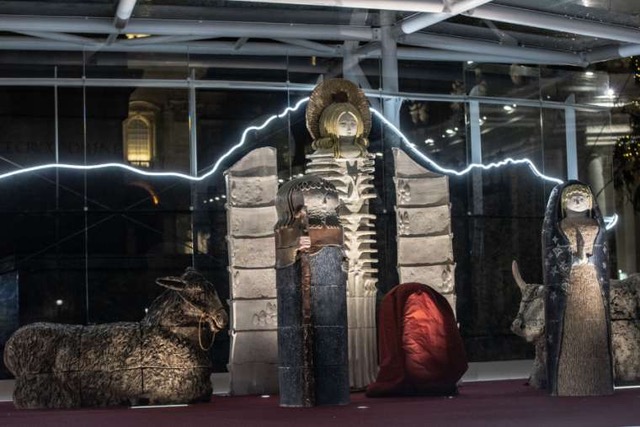 Not included in the photo here is the figure of an astronaut and something that looks like Darth Vader with a gladiator shield. Reaction, unsurprisingly, is almost universally negative, but, in a word, it’s “What?”

Roseanne does a lovely job of explicating the scene and recounting its origins. What struck me most forcefully was not the cold stark ugliness, but the angel(?). Angels are messengers, not deities, but this one so dominates that it seems to be representative of a deity. And the mass of yellow hair is coifed in an unmistakable feminine style. This is not an angel (wings have been detached, unlike the original) but a goddess. It reminds one of the fertility goddess Pachamama  of which the pope was so enamored last year as to hold rituals on Vatican grounds which included worship. So—a fertility goddess brought about the Incarnation? Who knew?

About the Author: Dena Hunt